On Tuesday of this week, Rewilding Europe relaunched their work in the Apennine region of Italy. Together with their partner Salviamo L’Orso, the organization is beginning a campaign they hope will lead to a growing population of one of the signature species of the region, the Marsican brown bear. An additional goal is to provide a boost to the local economy through ecotourism and the growth of a range of wildlife resources.

The Marsican brown bear is a critically endangered subspecies of European brown bear currently numbering around 50 individuals. These relatively small bears live mainly in and around a single protected park in central Italy whose landscape is made up of a mosaic of beech woods, grasslands, and rocky alpine peaks.

The National Park of Abruzzo, Lazio, and Molise was founded in 1923 by the Italian government to protect habitat important for several species that were under pressure. These included chamois, golden eagles, otter, wolves, Eurasian lynx, and the charismatic but exceedingly rare bears. 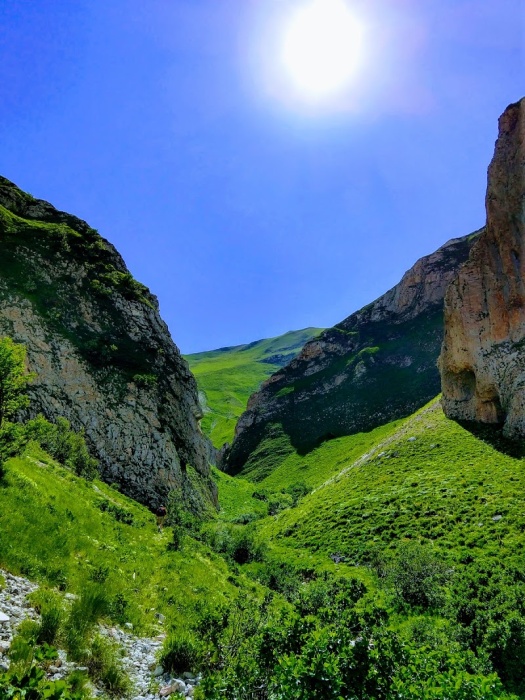 The park has played a valuable role in ensuring the survival of many of these species across the region. Some of the park’s fauna have in fact rebounded impressively over the last couple of decades. The Apennine wolf population as a whole is now thought to be approaching two thousand individuals. After spilling out beyond the central Italian highlands, it has started to inhabit the Alps again and has established growing populations in Switzerland and in France. The wild boar is now so numerous in central Italy that it is considered a pest. Chamois herds are being rebuilt steadily from the high country of Abruzzo out to the nearby Gran Sasso and Monti Sibillini National Parks.

The bear, however, has not been so lucky. It remains perilously close to extinction despite nearly a century of protection. On the surface, this seems like an unlucky break.

For a brown bear, this particular subspecies is not only small but also has an abnormally mild temperament. It shows very little interest in humans and is not considered to be a safety threat. It reaches sexual maturity earlier than many brown bear species and the young are dependent on their mothers for two years of less. Three year old females quite often have their own cubs (a pattern more like North America’s prolific black bears than most brown bears).

You might expect these characteristics to create a favorable outlook for the Marsican bear’s future. But conflicts with shepherds and apiarists have ensured that the bears are still treated with hostility by local farming communities. With a population so small, even one or two bears succumbing to poisoning by farmers or collisions with cars can be devastating. To add to their woes, bears have sometimes mistakenly been shot by hunters of wild boar. Disturbance by woodcutters as well as pathogens transmissible from cattle have also taken their toll.

Rewilding Europe plans to reach out to local communities with the help of Salviamo L’Orso to provide education about the bear’s habits and about its value to the local economy. They will attempt to head off conflict through the use of electric fences and, when necessary, will help provide timely compensation for lost livestock. If they can succeed with this public relations work in areas surrounding Abruzzo, it is possible that the bears might eventually be able to expand their range into the other nearby Apennine parks.

Although the Marsican brown bear is an important talisman for rewilding efforts, it is important to make clear that rewilding is not only about the future of a limited number of charismatic beasts. When I sat down for a conversation with Wouter Helmer, director of Rewilding Europe, he cautioned me against focusing only on eye-catching fauna.  “Rewilding is about processes. Floods, erosion, and sedimentation are as important to rewilding as the animals everyone wants to hear about,” he said. He urges rewilders to promote the conditions under which physical, chemical, and biological processes can “speak freely.” Nature should be allowed to express itself, not just in the form of individual animals but also in the form of the spontaneous physical processes that have long contributed to the earth’s shape.

Helmer’s emphasis on the importance of wild processes provides an important counterpoint for what I call the “synthetic age.” The synthetic age is an age fast approaching in which the processes that have shaped the earth over previous epochs are increasingly replaced by processes managed by humans. Synthetic biology, gene editing, and gene drives have the potential to knock evolution off its perch as the only shaper of genomes. Climate engineering may in future dictate global temperatures more than the tilts and wobbles of earth’s orbit – known as Milankovitch Cycles – responsible for previous glaciations. Nanotechnology creates new forms of matter with novel and often highly desirable properties that earth itself has tended to hide.

In each of these cases, human designs are increasingly determining the shape of the surrounding world. Our species is reaching deeply into earth’s metabolism. There has never been a more fundamental type of influence on nature.

The work being done by organizations like Rewilding Europe provides an important response to the encroachments of the synthetic age. Whether in the form of a Marsican brown bear in Italy, a Eurasian lynx in northern England, or a newly restored floodplain in the Netherlands, rewilded landscapes provide the opportunity to let nature speak freely in the ways it has done over hundreds of millions years of the planet’s history. If given the chance, this wild world will continue to surprise, to shape, and to enchant us.

When considering the Marsican brown bear’s future, let us not think of it simply as one more species – with only fifty still-beating hearts – that may or may not manage to hang on in a particular landscape. This would be to align its fate with the fate of thousands of other species, imperiled and already extinguished, that appear not to have adequately moved us.

Let us think of the Marsican bear as an important emblem of the type of world Homo sapiens is increasingly going to need as the synthetic age builds.

In this, perhaps, we might find both a greater hope and a more steely resolve.